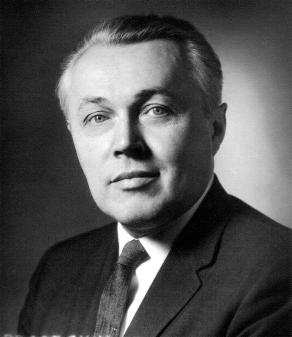 Internationally renowned composer Vaclav Nelhybel was born on September 24, 1919, in Polanka, Czechoslovakia. He studied composition and conducting at the Conservatory of Music in Prague (1938-42) and musicology at Prague University and the University of Fribourg, Switzerland. After World War II he was affiliated as composer and conductor with Swiss National Radio and became lecturer at the University of Fribourg. In 1950 he became the first musical director of Radio Free Europe in Munich, Germany, a post he held until he immigrated to the United States in 1957. Thereafter, he made his home in America, becoming an American citizen in 1962. After having lived for many years in New York City, he moved to Ridgefield and Newtown, Connecticut, and then, in 1994, to the Scranton area in Pennsylvania. During his long career in the United States he worked as composer, conductor, teacher, and lecturer throughout the world. At the time of his death on March 22, 1996, he was composer in residence at the University of Scranton.

A prolific composer, Nelhybel left a rich body of works, among them concertos, operas, chamber music, and numerous compositions for symphony orchestra, symphonic band, chorus, and smaller ensembles. Over 400 of his works were published during his lifetime, and many of his over 200 unpublished compositions are in the process of being published. (Nelhybel’s passion for composing was all encompassing and left him little time for “marketing” his works; for this reason, many of his compositions, though commissioned and performed, remained unpublished.) Although Nelhybel wrote the majority of his works for professional performers, he relished composing original, challenging pieces for student musicians and delighted in making music with young players.

Nelhybel was a synthesist and a superb craftsman who amalgamated the musical impulses of his time in his own expression, choosing discriminately from among existing systems and integrating them into his own concepts and methods. The most striking general characteristic of his music is its linear-modal orientation. His concern with the autonomy of melodic line leads to the second, and equally important characteristic, that of movement and pulsation, or rhythm and meter. The interplay between these dual aspects of motion and time, and their coordinated organization, results in the vigorous drive so typical of Nelhybel’s music. These elements are complemented in many of his works by the tension generated by accumulations of dissonance, the increasing of textural densities, exploding dynamics, and the massing of multi-hued sonic colors. Though frequently dissonant in texture, Nelhybel’s music always gravitates toward tonal centers, which makes it so appealing to performers and listeners alike.

Nelhybel received numerous prizes and awards for his compositions, among them, in 1947, a prize at the International Music and Dance Festival in Copenhagen, Denmark, for his   Ballet In the Shadow of the Limetree, in 1954, the first prize of the Ravitch Foundation in New York for his opera A Legend, and, in 1978, the “Oscar” of the band world, an award from the Academy of Wind and Percussion Arts. Four American universities honored him with honorary doctoral degrees in music. The many music reference books that have entries about Nelhybel include Alfred’s Essential Dictionary of Music, Baker’s Biographical Dictionary of Musicians, International Who’s Who in Music, The Heritage Encyclopedia of Band Music, The New Grove Dictionary of Music and Musicians, and The New Grove Dictionary of Opera.

Nelhybel’s music is performed all over the world, and the list of countries where his works are played is ever growing.