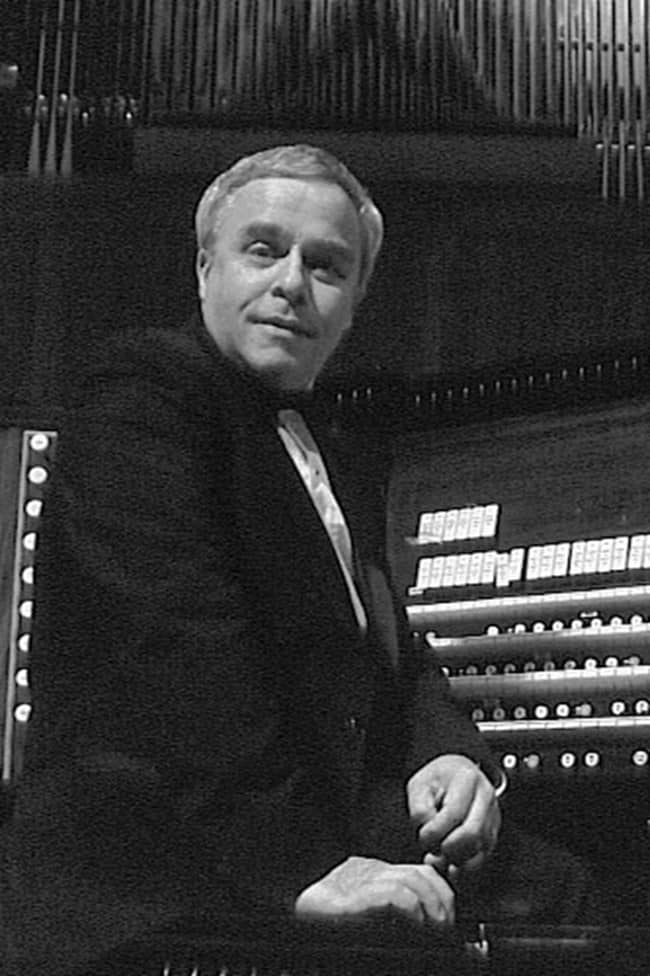 Robert Hebble is a composer and organist of international renown. A graduate of Yale University and the Juilliard School, Robert studied with such musical giants as Vittorio Gianinni and Roger Sessions. At Nadia Boulanger’s request, Robert went to Paris to spend a full year of private study in composition with the legendary musician.

For over thirty years, Robert’s career was closely linked with the great organist Virgil Fox. Dr. Fox was one of the first to recognize his creative gifts, appointing Robert as his assistant at the age of sixteen at New York’s Riverside Church. Robert travels extensively as an organist, pianist, composer, and clinician throughout the United States, Canada, and Far East. Among many commissions and publications, his extensive choral and organ writings include the dedicatory organ composition Heraldings for the Crystal Cathedral; Hoc Dies Resurgam to inaugurate the “Trompeta Majestatis” organ stop at New York’s Riverside Church; a major work, A Symphony of Light, as the premier organ composition commissioned in memory of Virgil Fox, which he performed in Paris at the Cathedral of Notre Dame; Cathedral Tapestryfor two organs and carillon—commissioned by the Crystal Cathedral for the twentieth anniversary of the Hazel Wright Organ; and Cathedral of Commerce, commissioned by the Friends of the Wanamaker Organ for the 100th anniversary of the famous instrument in the Philadelphia store.

Mr. Hebble has been both choral music reviewer and contributor for The American Organist magazine and The Musical Courier. He was on the faculty of the Stevens Institute of Technology for many years and the original consultant to Carnegie Hall in the design of its five‑manual Rodgers Organ. Robert Hebble is listed in The International Who’s Who In Music. Mr. Hebble is also an honored member of the prestigious international roster of Steinway Artists.

Throughout his career, Robert Hebble has distinguished himself as a colorist—a musician whose conception of beauty finds variety in harmony the way an artist mixes color. His prismatic use of musical sound is the trademark of his concerts, writings, and improvisations. After serving as a church organist for fifty‑seven years, Robert retired in 2003 from his post of twenty‑one years as Director of Music and Organist at First Congregational Church of Lake Worth, Florida. Upon the occasion of his retirement, Fredrick Swann, President of the American Guild of Organists, reflected on Robert’s influence on the church music scene in America. He commented that through his many compositions, which are widely known and performed throughout the nation, Robert Hebble has been and will continue to be one of the most celebrated American composers of the past four decades.