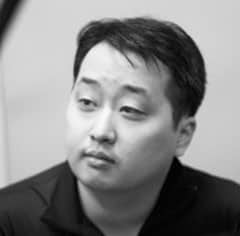 Michael’s influences range from Stravinsky to hints of early rock, jazz, and electronic music, as well as 16th century polyphony. Growing up in Maryland and New York, his first musical experiences were through trumpet performance, primarily in jazz improvisation and baroque music. Eclectic in styles, notations, orchestrations, and ensembles, his music has been cited for its “rhythmical drive [and] traditional harmonic touches that are both surprising and inevitable” [Portland Herald Press]; “Elsewhere, tradition is gleefully thrown to the wind—such as with Lee’s stunning Farewell… for string quartet, with its ever-shifting rhythms, timbres, and moods” [Navano]; “vivid and visceral orchestrations” [REMI Arts.]; “fluid drama [and] focused intensity” [AblazeRecords]; “promising” [BMI].

Michael has gained invaluable experience teaching classes comprised of music students and non-music majors. Teaching has evolved into one of the most gratifying experiences and has helped him discover another passion that goes beyond being an artist. Mentoring the next generation of musicians has become an important priority.

Michael lives with his 10-year old dog, Mink, a Havanese. His favorite sports are ice hockey and Brazilian jiu-jitsu; and favorite foods are Korean Bibimbap and In-and-Out cheeseburgers.