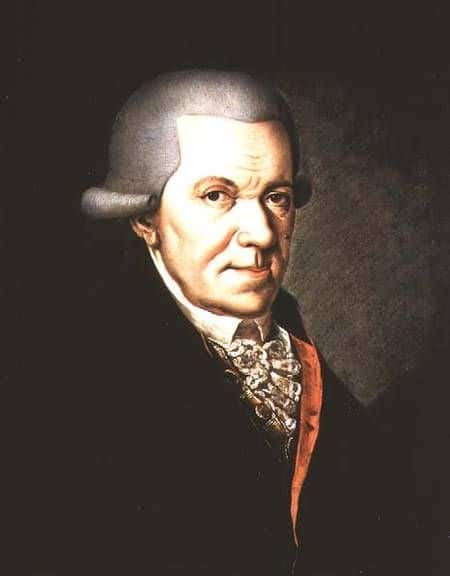 Michael Haydn, in full Johann Michael Haydn, (baptized Sept. 14, 1737, Rohrau, Austria—died Aug. 10, 1806, Salzburg), one of the most accomplished composers of church music in the later 18th century. He was the younger brother of Joseph Haydn.

Like his brother, Michael Haydn became a choirboy at St. Stephen’s Cathedral in Vienna, receiving his early musical instruction there. He was dismissed from the choir school when his voice broke, and he then earned a precarious living as a freelance musician. In 1757 he became kapellmeister to the bishop of Grosswardein in Hungary (now Oradea, Rom.), and in 1762 he became concertmaster to the archbishop of Salzburg. He remained in Salzburg as concertmaster for the rest of his life and succeeded Wolfgang Amadeus Mozart as cathedral organist in 1781.

During his lifetime Michael Haydn was considered a better composer of church music than his brother. Of the many masses he wrote, Missa a due cori (also known as Missa Hispanica; 1786) is an outstanding work for orchestra and vocal soloists, and his Requiem of 1771 influenced Mozart’s own famous Requiem of 1791. Haydn also wrote numerous symphonies, divertimenti, and other secular compositions. He was an intimate friend of Mozart (who wrote his violin-viola duos to fulfill a commission Haydn was too ill to complete) and was a teacher of Carl Maria von Weber. After his death, Haydn’s reputation suffered a long eclipse, and it was not until after World War II that his merit was again recognized.