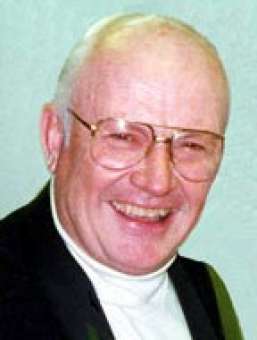 Joel Blahnik is, of course, a familiar name to Wisconsin music educators, and many professional musicians across America and in Europe.  Born in Door County, Wisconsin, Blahnik graduated from the Lawrence Conservatory in 1961, and spent 33 years as an instrumental music educator in Wisconsin schools.  A frequent guest conductor and clinician, Blahnik has remained active as composer, conductor, writer, and researcher since his retirement in 1993.  His compositions, over 220 of them published under the auspices of his publishing company, Alliance Publications, Inc., have been featured at national symposia, international festivals, and countless concerts.  He has participated in over 800 music festivals during his teaching career.  His compositions, because of their performance excellence, appear on state contest lists across America.  He has composed 100 commissions in Wisconsin alone, in addition to other endorsements.  Blahnik has received many state, national and international awards for his teaching visions and excellence.

Another side of his career has been his world-wide advocacy of Czech music.  He is co-founder of the Czech Music Alliance with Anita Smisek, OP, which has facilitated tours in the USA by Czech musicians, and publishing editions of Czech music.  He was recently titled “Mr. Czech Music of the USA” by the Prague Conservatory and has appeared there in many successful roles of teaching, conducting, recording, and inspiring growth of wind band music potential in the schools of the nation.

Growing up and living in Door County, a connection with water was inevitable.  Blahnik has been a U.S. Coast Guard Boat Captain since 1956, documenting over 12,000 excursions.  In addition, he and his family have served as caretakers and historians of the Door County Chambers Island Lighthouse from 1975.