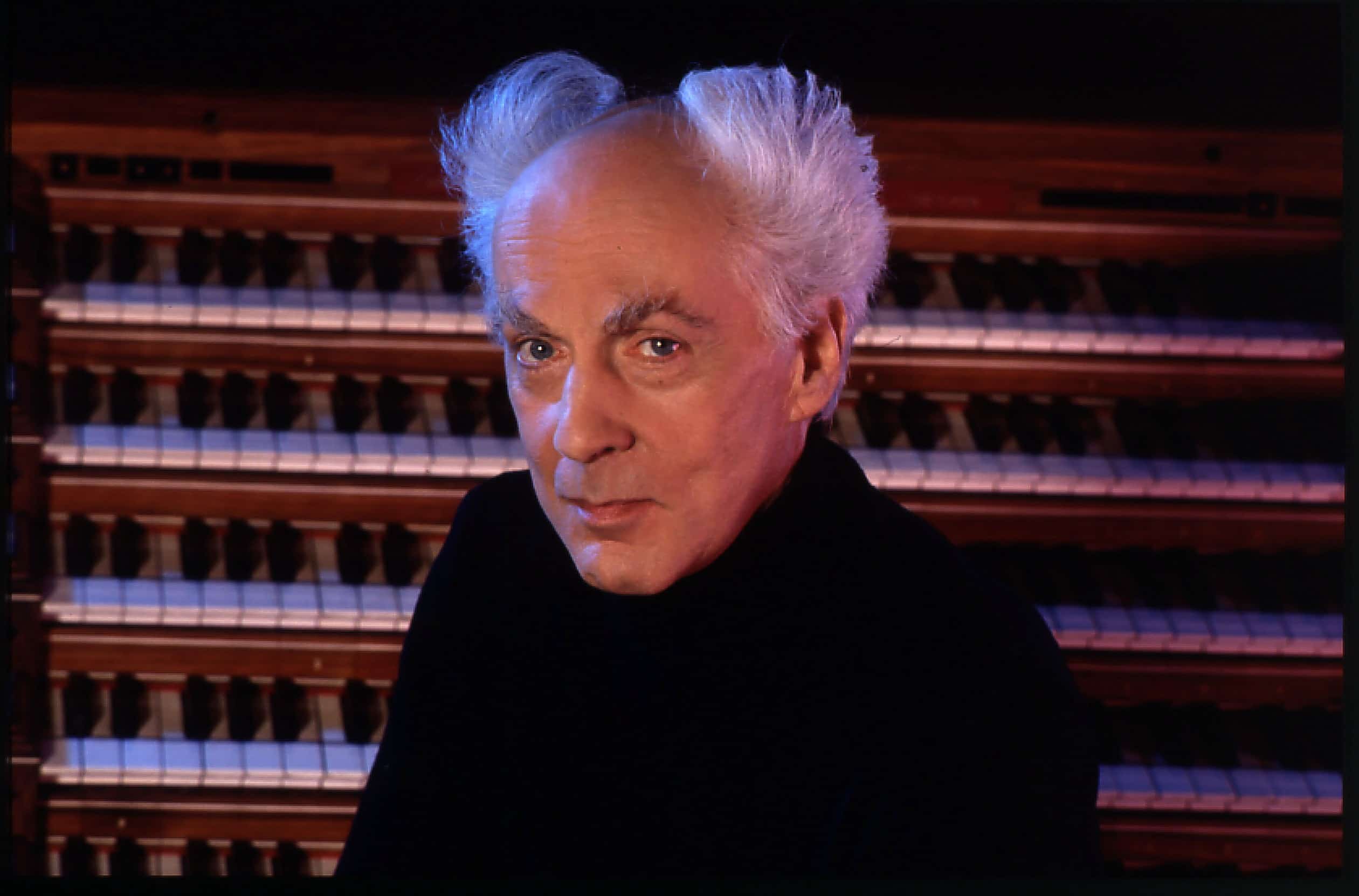 Jean Guillou, born in Angers in 1930, studied at the Paris Conservatoire with Marcel Dupré, Maurice Duruflé and Olivier Messiaen.

In 1955, he was appointed professor of organ and composition at the Instituto di Musica Sacra of Lisbon. He then moved to Berlin in 1958, finally returning to Paris where he was appointed titular organist of the church of Saint-Eustache in 1963.

Distinguished as a leading interpreter of the organ literature of the 18th century to the present day, Jean Guillou is recognized as a leading composer with works ranging from symphonies and concertos for piano and organ, chamber music and choral to solo organ works  or organ as covenant  with other instruments.

He enriched the repertoire of the organ through a series of extraordinary transcriptions of works by composers as diverse as Bach, Handel, Liszt, Prokofiev, Rachmaninov, Mussorgsky, Tchaikovsky and Stravinsky.

With the publication of his book “The Organ, Remembrance and Future” (Symetrie, 2010) he has emerged as a leading figure in the field of organ theory and design. His ideas have generated remarkable fruits (Alpe d’Huez, Tonhalle Zürich, Chant d’Oiseau in Brussels, Tenerife Auditorium, Naples Conservatory) and several among the revolutionary organs built according to his plans can be heard through his recordings. In December 2008 he inaugurated the extraordinary organ projected for the church of Sant Antonio dei Portughesi in  Rome while nowdays the new organ of the Cathedral of Leon in Spain is under construction according to his plans.

Jean Guillou has made more than 100 recordings for Philips Universal, Decca, Dorian, CBS, Festivo, Augure. The majority of his works is published by Schott Music.