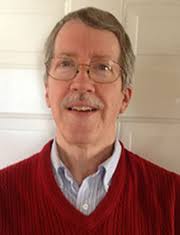 James Gossler (b. 1949) is a native of Lenoir, NC, where he received his early musical training in the Lenoir High School Band. For 25 years he was choral director at Freedom High School in Morganton, NC, until his retirement in 2002. He has served as director of music for several Lutheran and Presbyterian churches, has been an adjunct music faculty member at Lenoir-Rhyne University in Hickory, NC, and currently is accompanist for the choirs of Patton High School in Morganton.

Gossler holds a Bachelor of Arts in American history with a minor in music from Florida State University, a Bachelor of Music in music education from Lenoir-Rhyne College, and a Master of Music in music education from Appalachian State University. He also has attended choral workshops at St. Olaf College and Westminster Choir College, among others. He is a member of ACDA, NAfME, NCMEA, and Pi Kappa Lambda music honor society.

Previous choral compositions have been published by MorningStar Music Publishing, Alliance, Brodt, Hinshaw, and Music 70 (Lawson-Gould). His music has been performed at an ACDA Southern Division convention in Winston-Salem, at several conventions of the North Carolina Music Educators Association, and on European tours by the Lenoir-Rhyne University A Cappella Choir and the Mars Hill College Choir. He conducted the combined Lenoir-Rhyne University A Cappella Choir and alumni choir in one of his compositions at the 75th anniversary reunion concert of the choir in 2011.