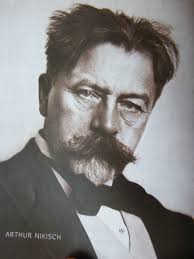 Jakub Jan Ryba was born the son of a teacher, organist and composer on 26 October 1765 in Prestice. When he was seven, the family moved to Nepomuk, where he also started attending school. His father taught him to play the violin, the piano and the organ. His first attempts at composition from that time have not been preserved. In the late 1770s the young Ryba started learning the basics of Latin grammar and Greek. His father, wanting to give his clever son a higher education, tried to secure one of the secular scholarships for him, but without success. Help finally came from Ryba’s uncle, Jan Vanicek, who took him to Prague in 1780 to study at the Piarist Gymnasium. Apart from his studies, he devoted much of his time to music. He learnt the cello, and went on to play in the St Wenceslas Seminary and in church choirs. He also played the organ in the Church of St Salvator. Having started to earn an income by playing the cello or organ in church choirs and selling his compositions, Ryba could afford to go to the opera. In this way he became familiar with the music of many composers, especially Italian opera composers, and also with the music of Mozart. Later, he was to conduct Mozart’s Marriage of Figaro in Prague.

In 1784 Ryba found that a teaching post in Nepomuk had become vacant and he gave up his studies as well as his plans for making a mark on Prague’s musical life. It was at that time that many of the scholarships were abolished, and it was highly unlikely that under these changed conditions Ryba would have been able to support himself and his studies. He applied for the teaching position and received an appointment notice as an assistant teacher on condition that he presented his teaching qualifications. After a teaching course he obtained qualifications to teach in parish schools and spent a short period in the school at Nepomuk, leaving in 1786 left to teach in Mnísek where, beside his teaching work, he started composing, with works including the Festive Mass in D major, three other Masses, and a hymn, Iste Confessor.

In February 1788 Ryba came as a new teacher to Rozmitál, where he was to spend the longest period of his life. Here, in 1790, he married Anna Langlerova, who bore him nine children. It was in Rozmitál that Ryba composed his most important and popular works. In 1788 he wrote his Missa pastoralis in D major using Latin as well as Czech texts, a work for which there is no surviving autograph. It may be assumed that for most ordinary church-goers the pastoral Mass with its Latin text was made more familiar by using the tunes of popular carols and folk-songs, and Czech texts set to music would be even closer to the listeners. Pastoral scenes, too, were included in the liturgy, mostly in the interchangeable sections of the Mass or at the end. Their inclusion in the fixed sections of the Mass was probably a constant source of debate. On 8th April 1815 Ryba took his own life in the forest outside Rozmitál, apparently as the result of progressive internal depression