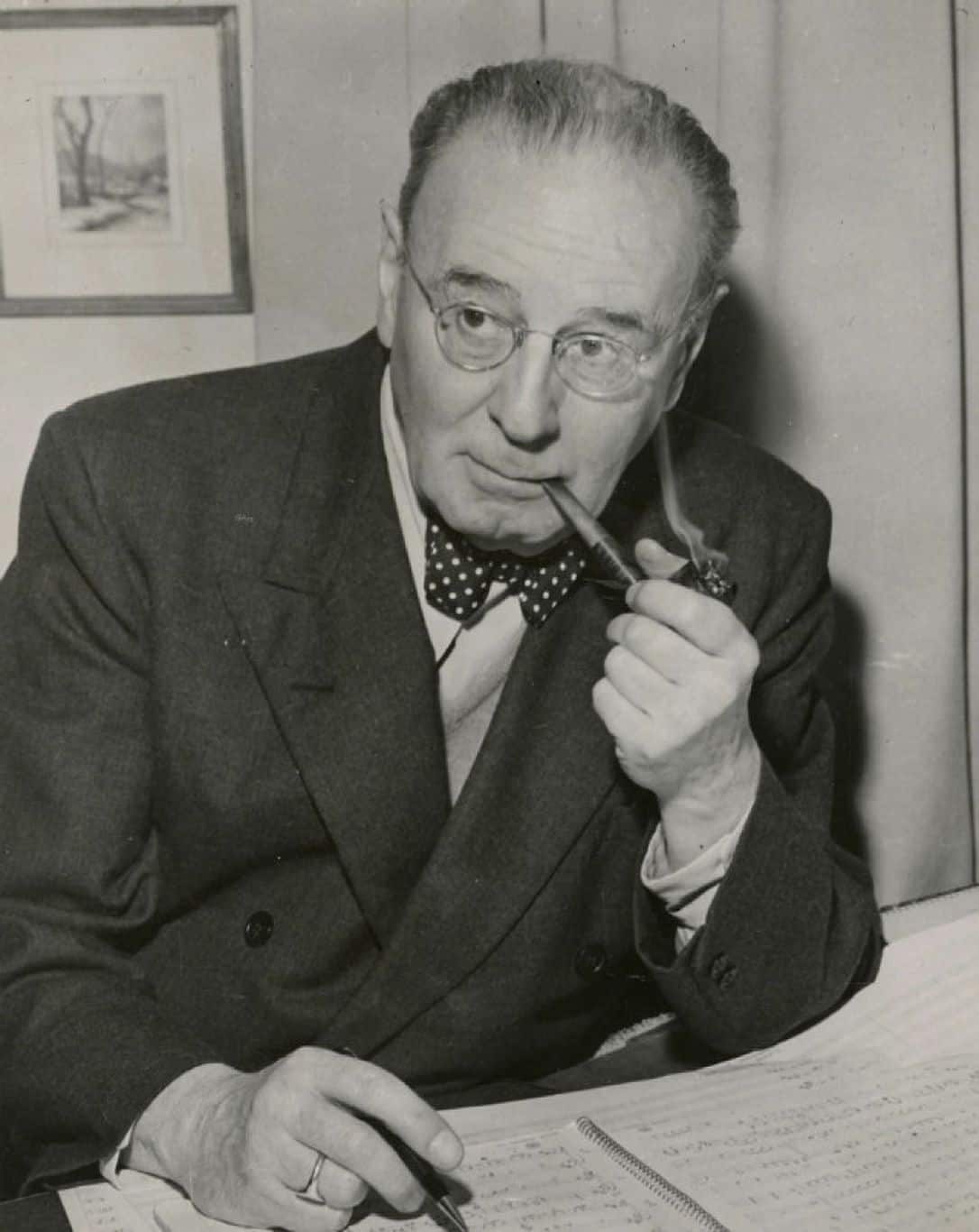 Dr. Healey Willan, C.C. (b. Balham, England, Oct. 12,1880; d. Toronto, Feb.16,1968) composer, organist and teacher. Admitted as an Associate of the Royal College of Organists, 1897 and Fellow, 1899, from 1903-13 he was organist and choirmaster at St. John the Baptist Kensington. He moved to Toronto in 1913 as Head of the Theory Department of the Toronto Conservatory of Music (Vice-Principal 1920-36). From 1921 till his death he was Precentor of the church of St. Mary Magdalene, Toronto, which became a mecca for church musicians.

He was appointed Lecturer and Examiner for the University of Toronto (U of T) in 1914. In 1934 he founded the Tudor Singers, which he conducted until 1939. In 1937 he was appointed Professor of Music at U of T, a position he held until his retirement in 1950. An influential teacher, Willan was also active as the University Organist. In 1953 he was the first ever non-Briton commissioned to write an anthem for the coronation of Elizabeth II in Westminster Abbey (O Lord Our Governour) and in 1956 he received the Lambeth Doctorate, Mus. D Cantaur from the Archbishop of Canterbury.

More than half of his output of over 850 compositions was sacred works for choir which include many anthems, hymn anthems and mass settings. His secular music includes over 50 choral works, over 100 songs and song arrangements for voice and piano, many works for piano, for voice and instrumental ensemble, for voice and orchestra, two symphonies, a piano concerto, chamber works, incidental music for stage works, ballad operas and the opera Deirdre.

Willan was a staunch conservative, grounded in counterpoint and fugue. Interested in new trends, he saw no reason to abandon his roots, and in Deirdre, which he regarded as one of his finest works, he centred on a post-Wagnerian idiom. His choral music composed for St. Mary Magdalene has had a significant influence on composers of all denominations. His major works signalled the acceptance in Canada of large scale composition. Frequently known as the “Dean of Canadian Composers”, he was made a Companion of the Order of Canada at its inception in 1967.