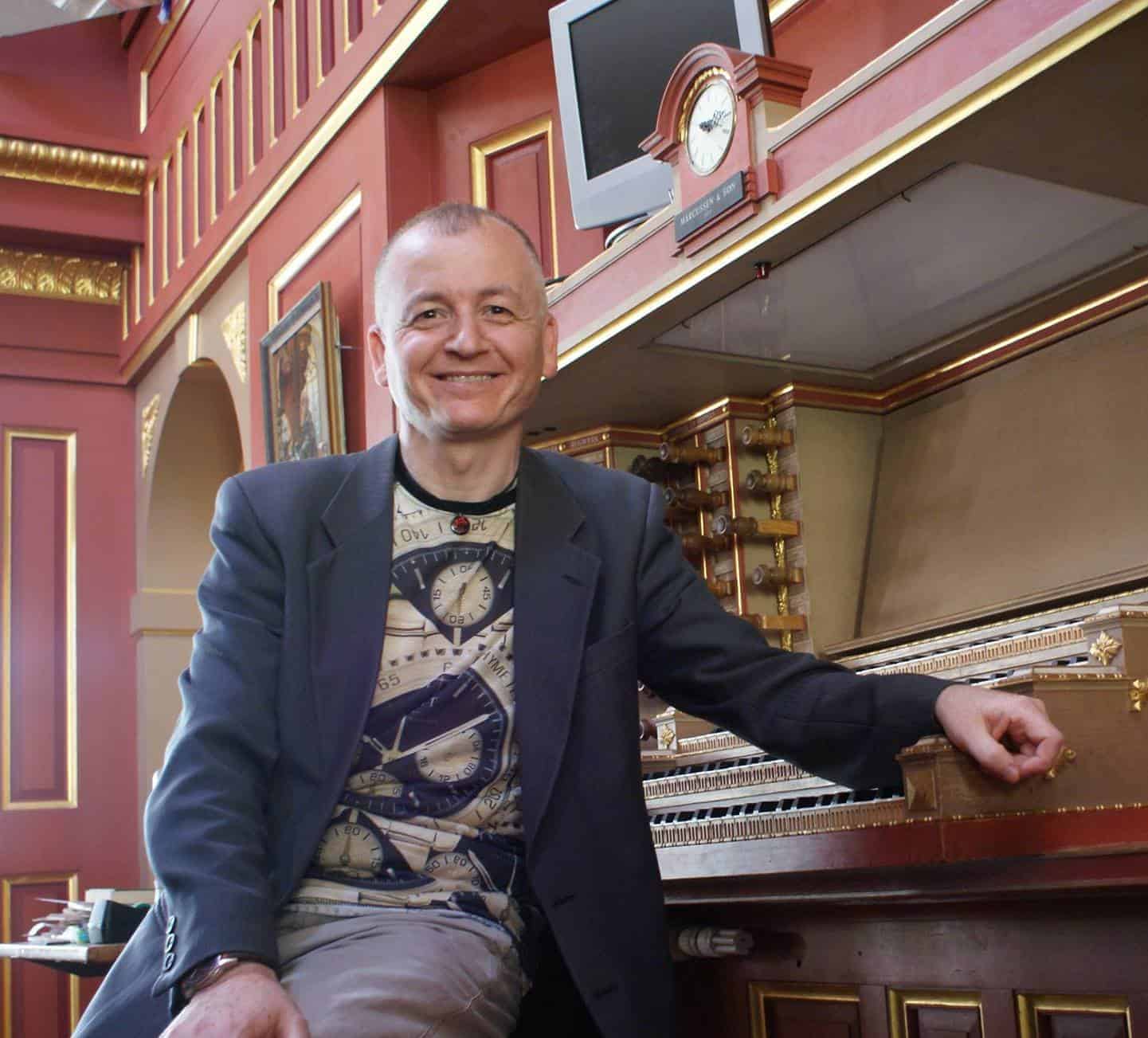 GRIMOALDO MACCHIA was born in Rome in 1972, began his musical studies at the Arts Academy of Rome. In the context of his generation can be considered an eclectic musician, composer, pianist, organist, arranger and conductor.
He graduated in piano and composition with honors at the Conservatory “f. Morlacchi” of Perugia. Also parallel specialized in studies of organ and conducting. Later he graduated with honors in Music (composition – Applied Music) at the Conservatory of Perugia, under the guidance of M ° Stefano Bracci.
As soloist he has performed for prestigious Associations including: Pontifical Institute of sacred music, Roman Academy of the arts, Ministero dei Beni Culturali, A.I.S., A.I.D. or Schönberg, Rotary Club, the Telethon. He took part in several musical events in Italy and abroad, among the most important Festival of sacred music of Rome, Viterbo, Baroque Festival Harmonia Festival in Assisi, Festival di Ischia, Einlandung zum Neujahrsempfamg at the Ministry of the Interior in BerlinUniverCity of Perugia, and the Bible day and night from places of Padre Pio. He recorded for various broadcasters including Rai, MediaSet, Rai Radio Vaticana, Vatican, Tele Padre Pio and SAT 2000. As organist and choirmaster, he played several times at the masses in Castel Porziano presidential seal in the presence of the former President of the Republic a. Ciampi and his wife.

He has participated in numerous seminars, courses and master classes held by: Stefano Gervasoni, William Brunson, Agustin Fernandez, Ennio Nicotra, Egidio Pozzi, Andrea Coen, Ulrike Brand, Gianfranco Lombardi, Danilo Rea. Many of his compositions were published by Edizioni GDE, Sonitus Varese Armelin Musica Padova, Edizioni Setticlavio of Salerno and Take 2,000 of Rome. It is also dedicated to the composition of music for soundtracks, some of which made for Rai Sat. He also, as an instrumentalist and arranger, with the “Synth-Orchestra” with the Ensemble Ausonia.
To his credit has numerous recordings both as a composer, performer and arranger. He is a member of the Diocesan Liturgical Commission for sacred music and head of the Diocesan Choir and Organist of Albano, owner of the Constantinian Basilica Perinsigne Basilica Cathedral of St. Pancrazio Martire animated during ceremonies from Diocesan Choir. On the occasion of the rite of dedication of the altar of the Cathedral of San Pancrazio in Albano performed for Pope Benedict XVI, composing and performing a “Toccata et Fugue” in his honor.

On 14 June 2009, he performed his compositions at the mass for the “Corpus Christi” broadcast live via satellite on Rai Uno from Collegiate Santissima Trinità di Genzano. Recently graduated with magna cum laude in teaching music at the Conservatory “l. Reficie” of Frosinone and he was awarded the Diploma of merit and scholarship best student. For over ten years is a Professor of music at the Junior International Institute in Rome. He recently recorded for GDE editions of Rome and Varese SONITUS CD “Liturgic Organ” of his music for organ, receiving the Holy Father Benedict XVI a special Apostolic Blessing and gratitude for the work.