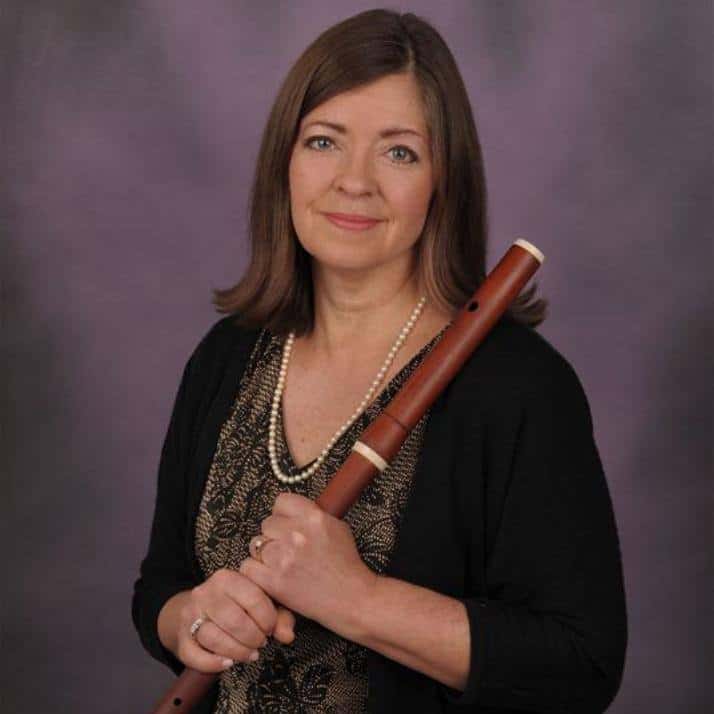 Dennette Derbisova McDermott is Professor of Flute and Coordinator of Graduate Studies in the School of Creative and Performing Arts at Northwestern State University of Louisiana. She made her European debut in 1992 in the Czech Republic with the Czech premiere of Jindřich Feld’s Introduzione, Toccata e Fuga. In 1995 she taught at the Janacek Academie of Music as part of a faculty exchange with Professor Arnost Bourek. Dr. McDermott has performed in the Czech Republic, Slovakia, England, Canada, Honduras, Russia, Spain and throughout the United States, including numerous performances at National Flute Association conventions.

She was a winner of the Convention’s Performers Competition in 1994, 1996, and 1999. In 1998, the Donald F. Derby Endowed Professorship funded her CD, Solo Czech Flute. In 2003 she received an Arts Link Grant to fund the first Slovak Flute Festival. She is a member of “Trio de Llano.” In 2008 she recorded, for www.classicalrecords.ru, a CD entitled Trios for Flute, Bassoon and Piano, with pianist Katerina Zaitseva and bassoonist Douglas Bakenhus. She has been published by The Flutist Quarterly and Flute Talk with articles on Czech music. As an active researcher, she has compiled and edited the Czech flute sonatas of Jiří Čart published by Little Piper, Čart’s trio sonatas published by Alliance Publications, Inc. in 2011, and Jindřich Feld’s Duo for Flute and Bassoon. She identified manuscripts of Jiří Čart in the Giedde Collection, including a previously lost concerto that she performed on April 26, 2011, also now published by API.

In 2015 she attended the Tafelmusik Baroque Summer Institute, where she began her baroque flute studies with Claire Guimond, and in 2016 she continued her studies with Wilbert Hazelzet at the Twin Cities Baroque Instrumental program. She holds a Bachelor of Music degree in flute performance from Michigan State University, a Master of Music in flute performance from the University of Michigan, and a Doctor of Musical Arts degree from the University of North Texas. Her principal teachers have included Ervin Monroe of the Detroit Symphony Orchestra, Renee Siebert of the New York Philharmonic, and Mary Karen Clardy of the Dallas Symphony Orchestra.