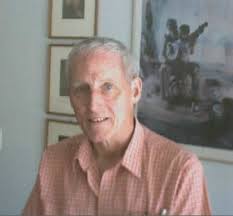 His works include numerous sacred and secular choral compositions, including commissions and/or first performances by the St. Thomas Apostle Choir, Washington DC (where he was designated Composer to the Choir under director James Walsh), The College of New Rochelle Glee Club, the National Shrine of the Immaculate Conception, and the Contra Costa Children’s Chorus. Other vocal works include songs as well as performing editions of liturgical chants and other medieval and renaissance music.

His orchestral and chamber works have been performed by the Arlekin Quartet and the Warsaw Symphony, and the Kensington Symphony commissioned and performed Anniversary Overture for its 30th anniversary. The Oakland Chamber Orchestra commissioned and performed his arrangements of selections from Scott Joplin’s opera Treemonisha. His concert overture Celebration was awarded an honorable mention in the Benjamin T. Rome School of Music (Catholic University of America) 50th Anniversary Composition Contest.

He has trained and conducted choirs at churches in the Washington DC area, Central Florida (where he was also Musical Director of the Opera Arts Association), and the San Francisco Bay area, as well as opera and musical theater choruses. He served as Staff Arranger for the internationally acclaimed Contra Costa Children’s Chorus, for which he composed a number of pieces, including My Voice, a major work with text by his late wife, novelist Patricia Doherty, commissioned by the Chorus for its 25th anniversary season. He is a member of St. Demetrios Church, Concord CA, where he serves as Music Director and Conductor of the choir.